by Milan Korcok, posted on 11:44 AM, June 4, 2018
Travel trends in 2017 indicate Canadians are travelling in strong numbers to typical destinations. 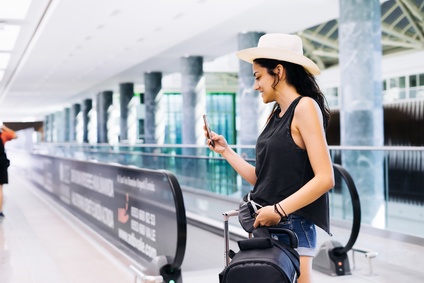 If travel trends from 2017 continue their current trajectory, the remainder of 2018 should be a healthy year for travel insurers and associated services.

According to recent data from the Conference Board of Canada (CBoC), Canadians made an estimated 25.4 million outbound leisure trips in 2017, 6.9 percent more than in 2016 overall and 4.5 percent more to the US.

Where did Canadians travel in 2017?

This marks the first increase in US-bound travel in four years; and auto travel, which represents a little more than half of all overnight trips across the southern border, increased 1.7 percent in 2017.

Canadians made more than 5.7 million visits to Europe based on reports by 25 countries—an increase of 8.4 percent over 2016. This encompasses year-over-year growth of more than 20 percent to Belgium, Croatia, Serbia, Slovenia and Spain. And in absolute figures, France and Spain hosted a combined total of 194,000 more Canadian visitors than the previous year.

The Caribbean, Mexico and Central America

The Caribbean, Mexico and Central America welcomed more than 5.1 million visits from Canadians in 2017—up 5.4 percent over 2016 despite some significant downturns in specific areas hit by hurricanes.

Travel to Mexico grew to almost two million Canadian visits, while travel to the Dominican Republic grew 7.6 percent and Central America 11 percent. At the same time, visits to Cuba declined by 5.9 percent, much of that due to the effects of the particularly turbulent storm season and the infrastructure damage left behind. Other major losers due to storm activity were Anguilla (18.5 percent), Dominica (20.9 percent), Puerto Rico (26.8 percent) and St. Maarten (14.8 percent).

Travel to Asia and the South Pacific continued its steady growth, with Canadians making more than 3.3 million visits to key destinations in 2017, a 5.9 percent increase over 2016. The Philippines, New Zealand, Vietnam and Japan experienced the largest proportional increase in arrivals—with the China welcoming the largest total volume of arrivals from Canada, 764,000—or 22.9 percent of the region’s total Canadian market.

Who were the travellers?

Of the 33 plus million total outbound trips (for business as well as leisure) made by Canadians in 2017, residents of British Columbia increased their share by 7.6 percent, Ontarians by 7 percent, Quebec by 3.9 percent, Alberta by 2.5 percent, and Yukon and NWT by 5 percent. Residents of Atlantic Canada, Saskatchewan and Manitoba made fewer outbound trips in 2017 than they did in 2016.